I started playing video games when I was around 8 or 9 years old. I found out about those sega arcade games that were really popular when I was young and I started playing by myself. The first actual real video game that I’ve played was Diablo II. Much of my free time was spent playing this game and it was the first step in the action role-playing hack-and-slash video game genres.

“Video games allow you to experience excitement and danger all from the safety of your home.”

Why do I like video games? I think it’s the same for me as for everyone else. It’s the action reward trap that you find in every game 🙂. What do I mean by that? In almost every game you have to do something, an action to level up, find new items, obtain a shiny banner on the screen, and so on. Well, very often those achievements are considered by the brain being rewarding, considered a real achievement and it’s releases dopamine. 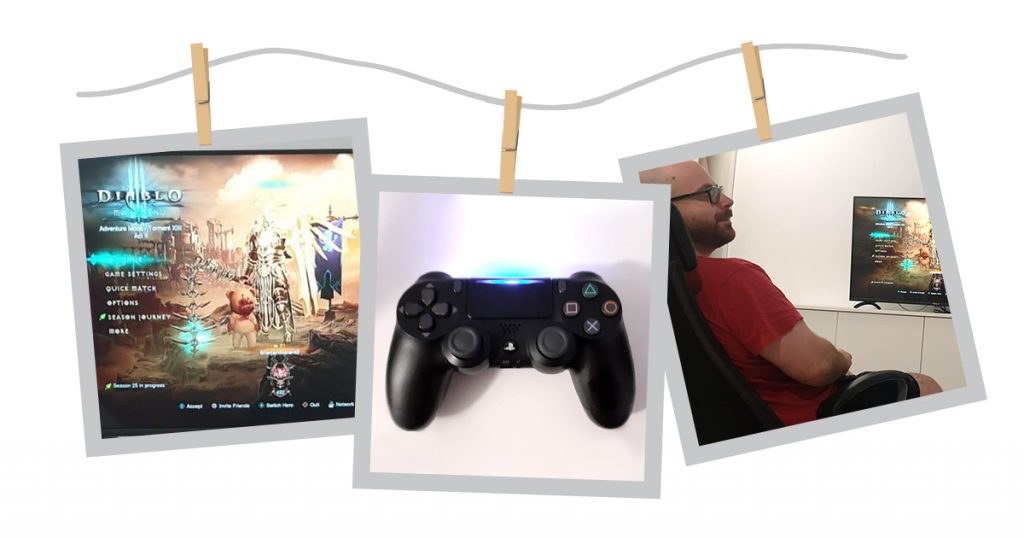 I am not the FIFA guy, sorry. What I love the most is MMORPG’s games or RPGs. For example, The Witcher, which is an especially good game, is one of my favorites so far. I love the story, the characters, the music, and the action. Having in mind that Netflix has already made The Wicher into a series is just another example of the popularity of the game (and book).

In my prime time, I spend lots of hours playing video games. My record would be around 20 hours of continuous gaming. Yeah, but that and the basic needs were the only extra activities 🙂. Now, not as much. I try to prioritize my daily activities and I try to keep my gaming activities at a weekly rating, and not daily. No, I don’t enjoy watching tournaments, but I do like to watch gameplays or tips and tricks for specific games. Nowadays, I am trying to keep my video game time on a weekly basis, let’s say 2-3 times a week.