Skip to content
Halloween is here!
There are all kinds of monsters lurking in the shadows and even software developers have encountered at least one of them. No, we’re not talking about Freddy Krueger or Chucky, we are being serious here! Software developers are battling bigger and scarier monsters than those fictional characters.
What haunts a software developer’s dreams? Here are some of the creepiest and most terrifying monsters that will give any developer goosebumps: 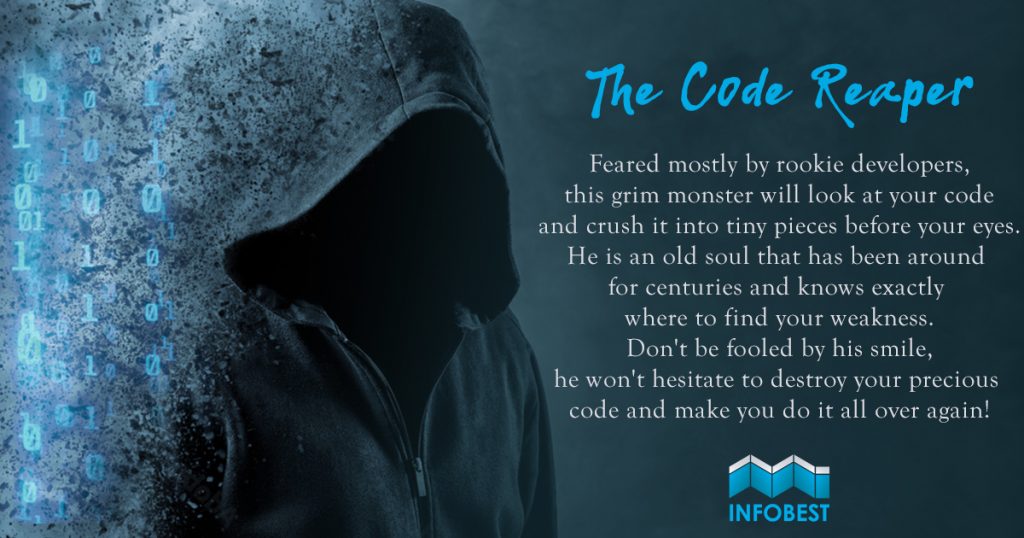 The Code Reaper
Feared mostly by rookie developers, this grim monster will look at your code and crush it into tiny pieces before your eyes. He is an old soul that has been around for centuries and knows exactly where to find your weakness. Don’t be fooled by his smile, it won’t hesitate to destroy your precious code and make you do it all over again!
The Demon Project
At first glance it looks like an easy and innocent project to do, only to become your personal tormentor on the long and dark nights before the delivery date. 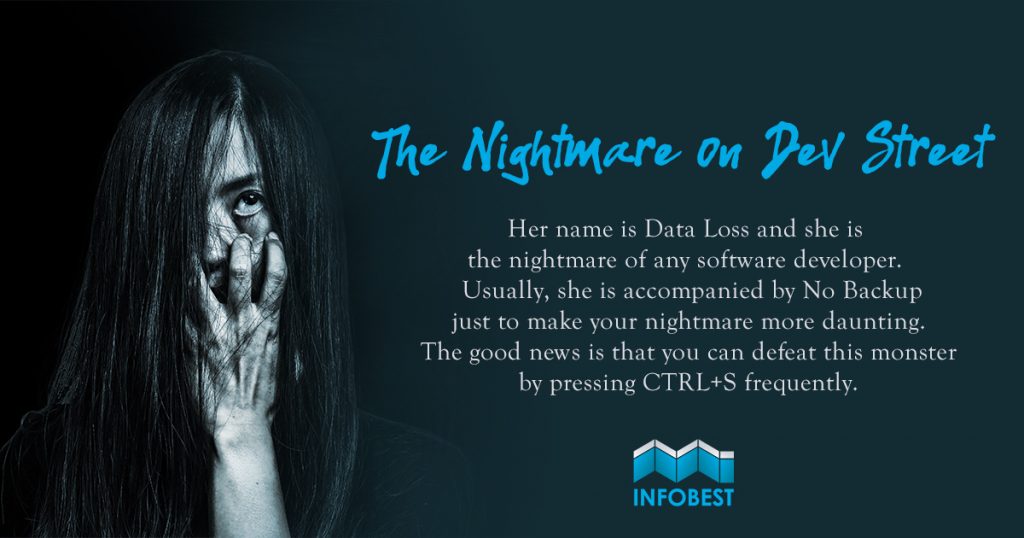 The Nightmare on Dev Street
Her name is Data Loss and she is the nightmare of any software developer. Usually, she is accompanied by No Backup just to make your nightmare more daunting. The good news is that you can defeat this monster by pressing CTRL+S frequently. 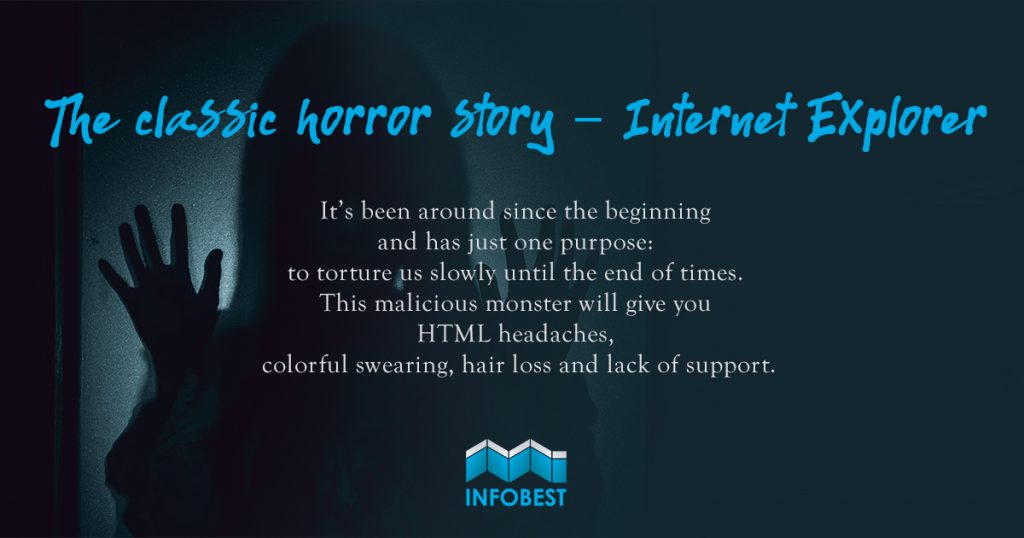 The classic horror story – Internet Explorer
It’s been around since the beginning and has just one purpose: to torture us slowly until the end of times. This malicious monster will give you HTML headaches, colorful swearing, hair loss, and a lack of support. 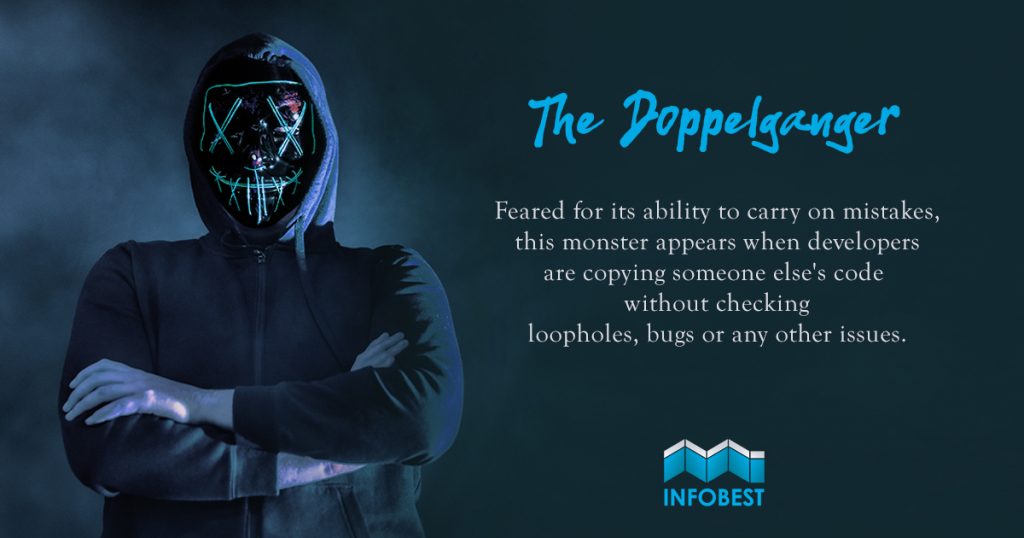 The Doppelganger
Feared by its ability to carry on mistakes, this monster appears when developers are copying someone else’s code without checking loopholes, bugs, or any other issues. 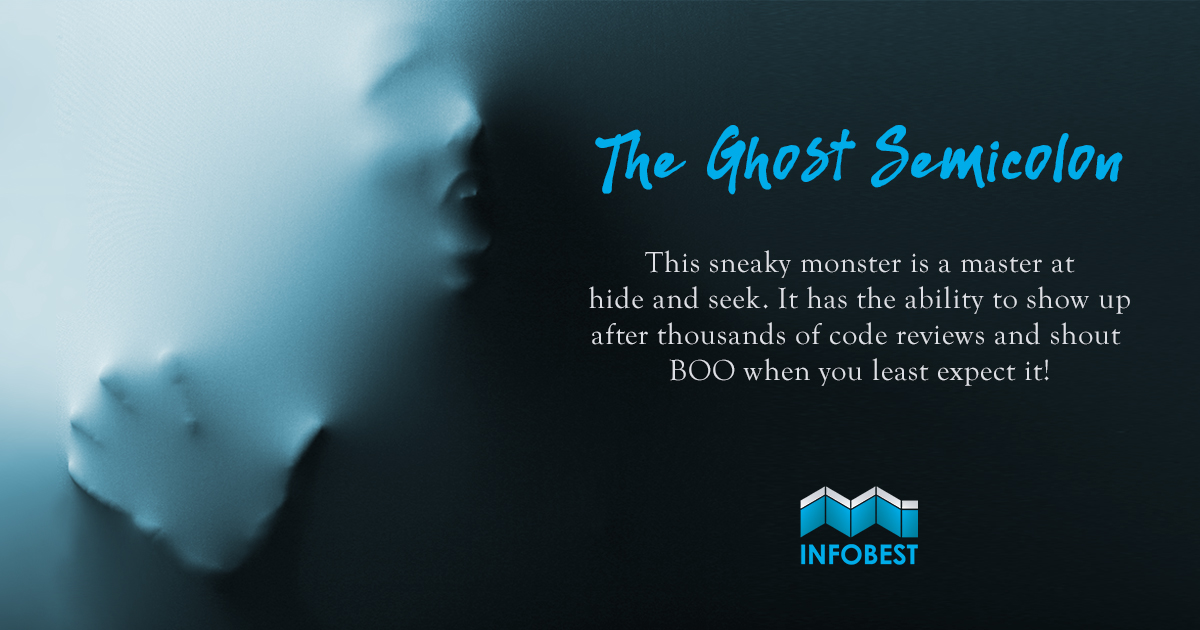 The Ghost Semicolon
This sneaky monster is a master at hide and seek. It has the ability to show up after thousands of code reviews and shout BOO when you least expect it!
Have a happy and safe Halloween!